Leaving Rancho Naturalista we are heading for the highlands and cloud forest. But first of all Johan takes us on a side trip to Tapanti National Park in the Orosi Valley. We have visited Tapanti on two previous occasions but never with a guide. Although we’ve always enjoyed the park we’ve never been that succesful with actually spotting and identifying many species here.

Almost as soon as we are out of the car we begin seeing plenty of birds including, Collared Trogon, Red-headed Barbet and many treecreepers, including the wonderful Brown-billed Scythebill, the Streaked Xenops and the Streak-breasted Treehunter.

Tapanti shows us the benefits of having a professional birding guide, as if we didn’t know it already. But we do get the feeling that the gods in Tapanti don’t want us here. The first time we visited Jane almost stepped on a snake which had been disturbed by a passing car. We didn’t know if it was poisonous but we certainly didn’t stay around to check it out. This time we were driving slowly out of the park, the windows wound down to listen out for birds, when a huge, yellow winged insect flew in on my side and landed by my feet. “What was that?” asked Jane. I was peering down between my feet when Johan shouted ” Get out of the car. Get out of the car.” I shoved the door open and sprinted up the road like Usain Bolt, bravely leaving my wife and Johan to face whatever terrors awaited them.

Johan shooed the creature out and I gingerly got back into my seat. Johan told us that we had been threatened by a Tarantula Hawk Wasp and it carries the most painful insect sting in the whole of the neotropics. It preys on tarantulas, which are pretty scary spiders in the first place, by paralysing them with its sting, dragging them to its burrow and laying eggs in the still living tarantula so that they have something to feast upon when they hatch. We think that, maybe, we shouldn’t return to Tapanti.

We travelled on along route 32 towards the south and turned off at about kilometer 80 and up into the the highlands. Coming over the top we peered down into the Savegre valley, a beautiful wooded riverine valley. We had an enforced stop at the top of the road because a road crew was working further down the road and it was shut. We were told we would need to wait for ten minutes but we’ve found that in Costa Rica a minute is not of a fixed length. Mas o menos -more or less- is a favourite saying here and in this case ten minutes was actually thirty. But it didn’t matter as we happened to be outside Miriam’s restaurant and, since Johan knows her, we were able to watch birds at the feeders whilst having a welcome afternoon cup of tea. 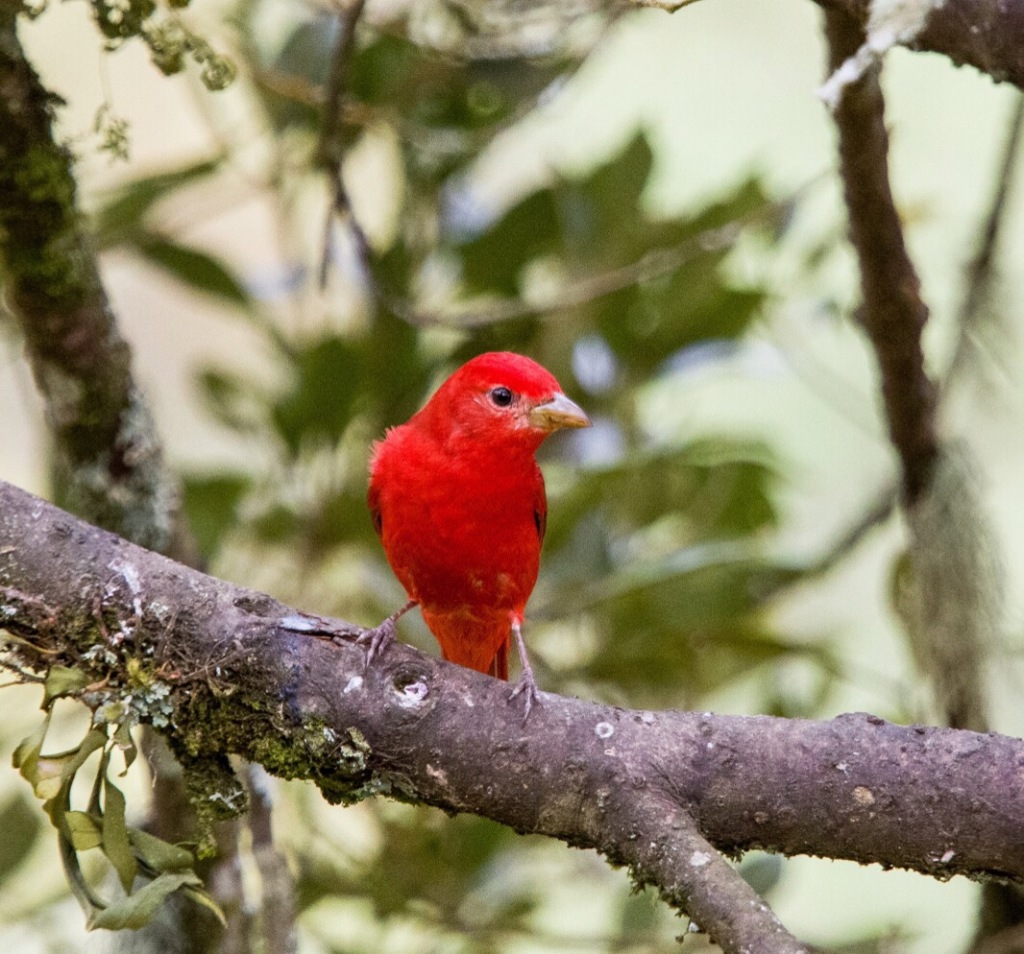 We checked into the Suenos del Bosque lodge and after a very tasty evening meal we retired to bed because, once again, we were going to have a very early start; 5.15 am this time. We’ve become used to being in bed by 8.30 and then waking up at dawn. The main reason visitors come to the Savegre valley is to see one bird in particular -the Resplendent Quetzal. These birds have a liking for avocado -but not your average avocado you find in the supermarkets. Watching a bird peel one of those would be a fun thing to see. These avocado are the wild variety and the fruits are small enough to fit in the crop of the Quetzal.

We were probably the first birders on the road and Johan was quickly able to find both a male and female. Soon one or two more cars arrived and then the mini buses. We all got good, if slighty distant, views of both the male and female Quetzal which is quite a striking bird with extremely long tail feathers in the case of the male. It’s certainly a bird that most visitors to Costa Rica would like to see but you do need to go to the highlands to view it and Savegre is one of the most reliable places. 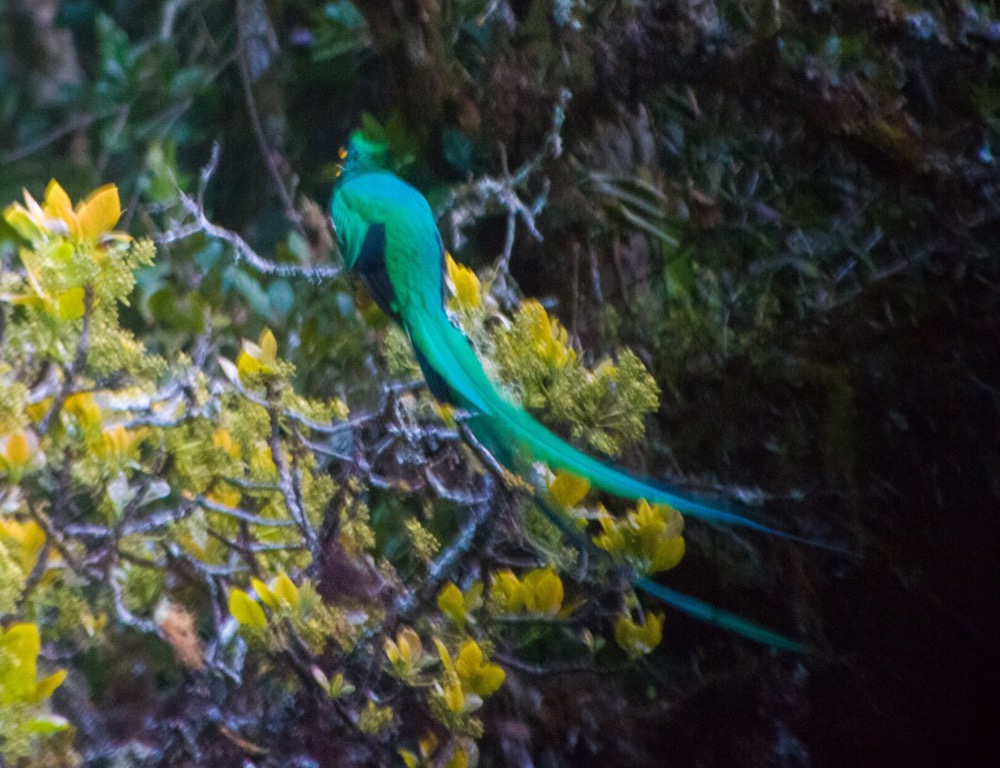 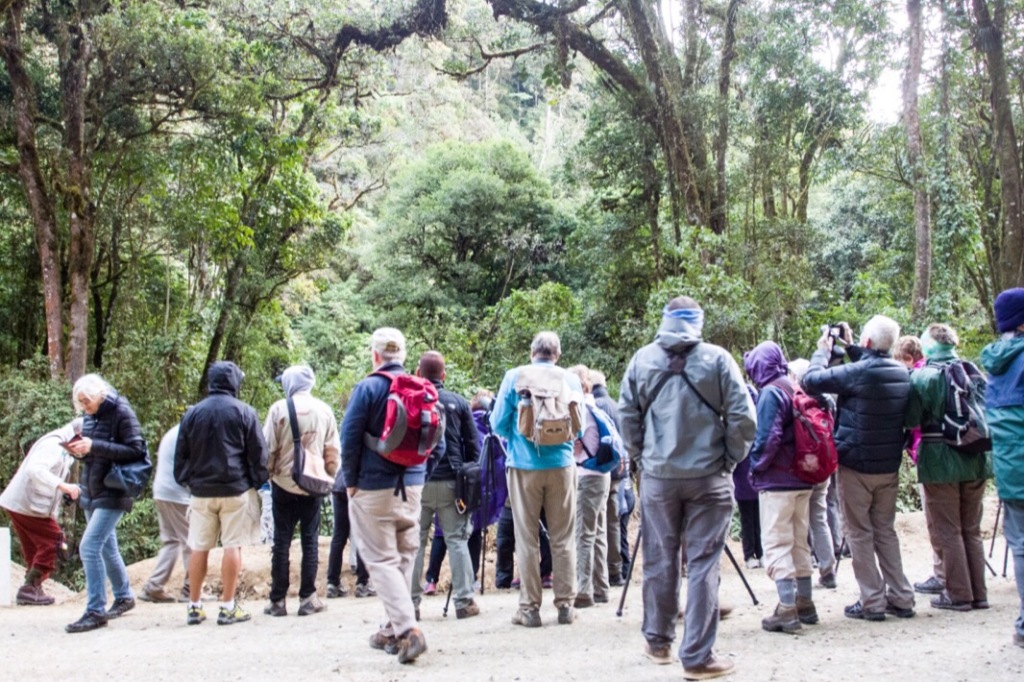 The rest of our time in Savegre was taken up with exploring the trails around the lodges, finding great birds like the Silky Flycatcher and the Slaty Flowerpiercer. 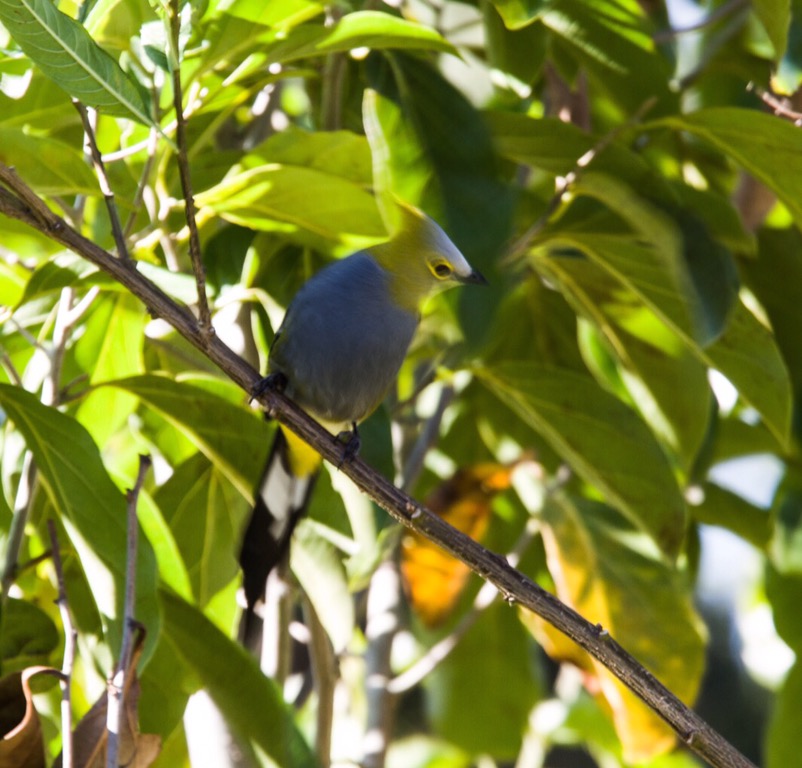 On our final afternoon we devoted an hour or so to photographing hummingbirds. One of the benefits of being with Johan is that he has access to trails and land that are not open to the public and so he took us to an area owned by Savegre Lodge which has been set aside for wildlife with fruit trees, flowers, hummingbird feeders and set up for birdwatchers and photographers with camp chairs, toilets, etc. This was high class Tico style birdwatching.

We were the only people there and as Johan is himself a pretty keen photographer, owning a Canon 5D Mkii and a 300mm f2.8 lens (that last bit of info is especially for my photography buddies). Jane happened to ask Johan if he’d seen the footage of David Attenborough holding a feeder with hummingbirds all around him. No sooner had she said this than Johan had removed all the feeders handing two to Jane to hold.

The funny thing was that Johan had hidden the other feeders underneath his coat but one of the small ones was uncovered and the hummingbirds were gathering around it daring one another to dart in. So Johan and I chased hummers around trying to get that perfect shot, arranging flowers in strategic places, making sure the background and lighting was just right.  It was the perfect, fun end to a wonderful couple of days in Savegre. 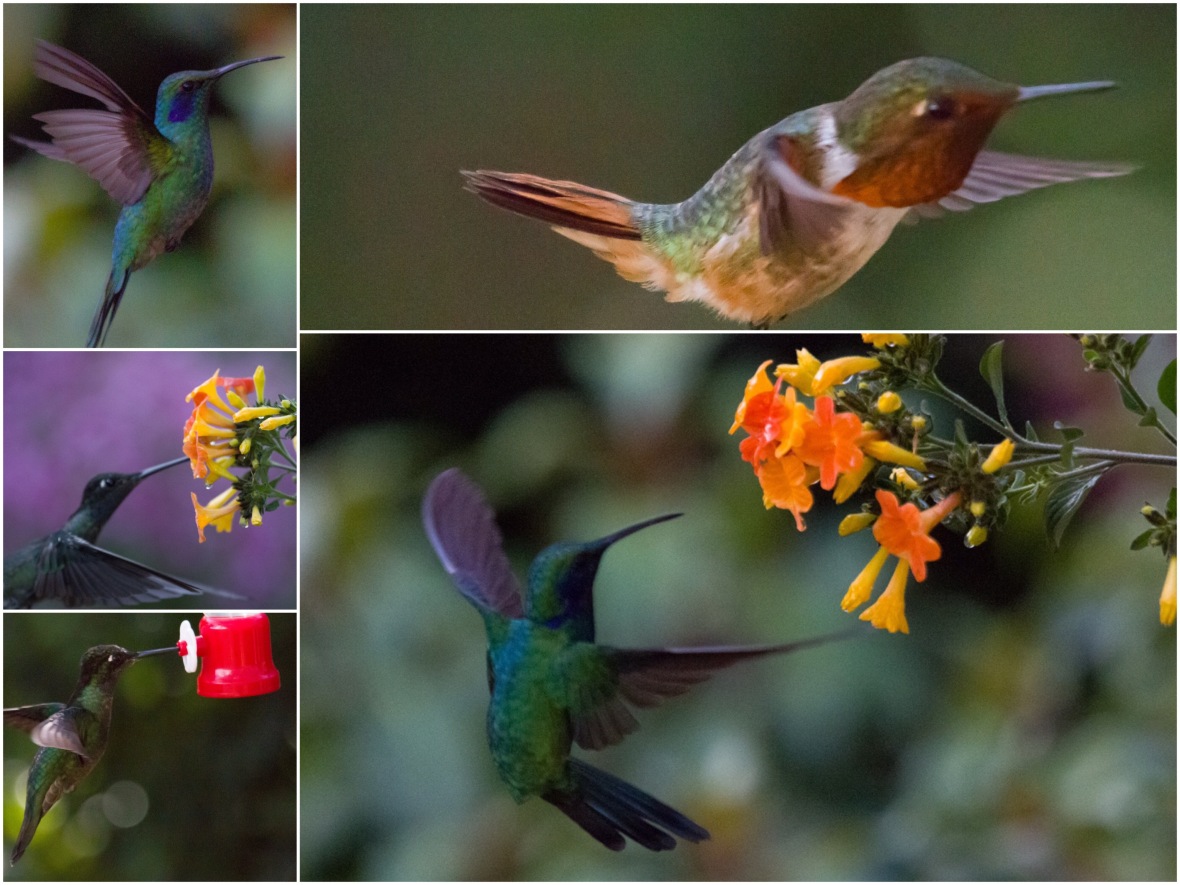