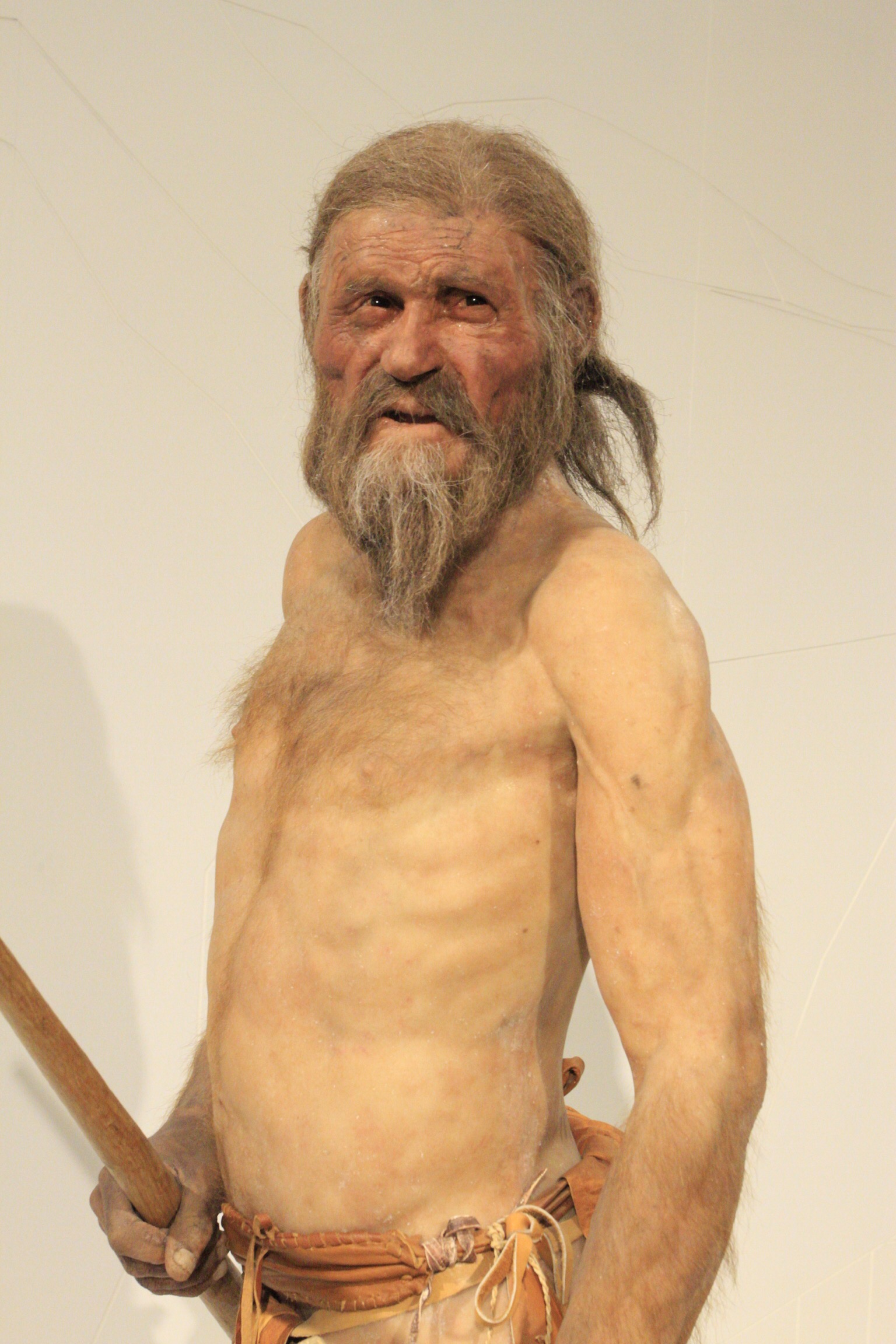 We are travelling in Northern Italy, mainly in the Dolomite region, although we started our trip with a night in Verona. Our main focus will be walking in the mountains but we did want to see one very special man of the mountains and so headed by train for Bolzano/Bolsen. Place names are a bit confusing up here because every village, town and city has two names – one in Italian and the other in German. It’s even worse for us because we speak neither language, though we did upload ’40 minute Italian’ onto the iPad before we came so we are now thoroughly conversant in one of them!

Bolzano is a large town not far from the Austrian border and you are probably more likely to hear German being spoken than Italian. In fact, in some of the more remote villages in these parts, activists have been known to paint out the Italian versions of their signposts.

One of Bolzano’s claims to fame is Otzi, the Iceman, housed in a special museum in the town. The discovery of these mummified remains is interesting. The body was discovered in 1991 by two German tourists who were walking off the normal hiking trail in the Ortzal mountains. At first it was assumed that the body was that of a missing mountaineer and an attempt was made to more or less hack it out of the surrounding ice. However, it became clear that this was no ordinary find, especially when it was realised that one of the objects surrounding the body included a copper axe!

Otzi, as the mummy became known from the area in which it was found, was taken to Innsbruck to be examined where it was discovered to be about 5,300 years old. At first it was assumed the body lay in Austrian territory but subsequently he was adjudged to be 92.56 meters within the Italian border so it’s quite fitting that he has been given a home in what is a dual nationality city.

We are not normally ones for spending a lot of time in museums but this one, existing as it does for just one very special human, is fascinating. Otzi is incredibly well preserved because he was encased in ice and you can now only see him through the window of a viewing chamber. This room is very carefully controlled at a temperature of -5 C and a humidity close to what he was found in. Looking through the window you see Otzi lying on his back, his left arm jutting at right angles to his chest and covered in what at first seems to be almost like a plastic coating. Until you realise that it is ice because his body is sprayed with water from time to time which freezes in the cold air.

But it is not only the body which is fascinating; it is the clothes he was wearing, the tools he was carrying, the food he had eaten and the fact that he was found to have an arrow head lodged in his shoulder leading to the conclusion that Otzi was murdered. The exhibits, the story, the scientific tests, were all very well explained and laid out. We left the museum with a much better understanding of this hugely important find and with a much better understanding of Otzi, the man, not just the iceman.